This morning plans changed, our classroom visit have been postponed for a day, due to an unexpected government school testing program. Being flexible is very important, and that’s just what Monica Bond and Derek Lee, founders of the Wild Nature Institute are. Instead we visited the PANS foundation (Protected Area Management Solutions) in Tanzania. This is where the WNI collateral material is stored. I received copies of all their books, curriculum and posters in both Kiswahili and English for use in our replica of a Tanzanian schoolhouse being built at the Giraffe habitat for our Year of the Giraffe campaign. It was also a time to morn the loss of Wayne Lotter, President of PAMS. Wayne was killed on August 16th in Tanzania and was a friend to Monica and Derek. Wayne was an advocate for large mammal conservation in Africa and especially anti-poaching.

Wild Nature Institute conducts conservation research to uncover where giraffe are doing well, where they aren’t and why. WNI say, “The gentle, iconic giraffe are indicators of the health of the African savanna ecosystem. The savanna ecosystems are in serious trouble. Due to habitat loss, illegal hunting, and disease are decimating savanna wildlife. Giraffe numbers have declined rapidly to only 90,000. In Africa Elephants outnumber giraffes 4 to 1”.

Wild Nature Institute scientists are studying wild Masai giraffes in Tanzania using a computer program that recognizes each animal’s unique fur pattern from photographs. They’re monitoring more than 2,100 individual giraffes throughout their lifetimes in an area over 4,000 sq. km. This is the biggest giraffe study, and one of the biggest large-mammal demography studies in history.

In Project GIRAFFE: GIRAffe Facing Fragmentation Effects, we’re now learning how natural and human factors affect giraffe demography in a landscape where humans increasingly fragment wildlife habitat. Demography is survival, births, and movements, and these processes determine whether a population is growing or shrinking.

It was absolutely amazing to send the day with these fantastic people. We met up with Jacob Porokwa from the MAA, Masai Advancment Assosiation for lunch to learn about the great work locally, teaching the community about the human wildlife co-existence. We also had time to visit the Cultural Heritage Center in Arusha, with art and bio facts rich in Tanzanian culture and diversity.

Recycle mask made by street children. 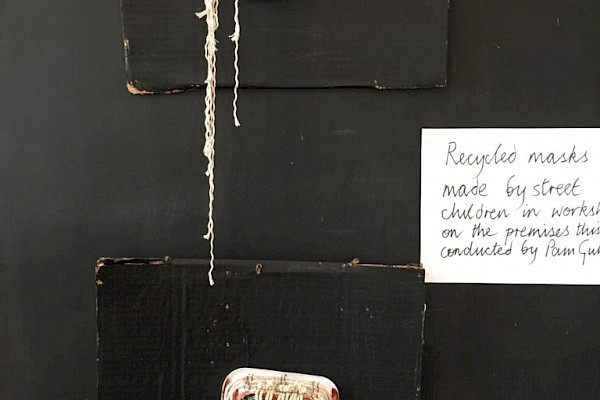 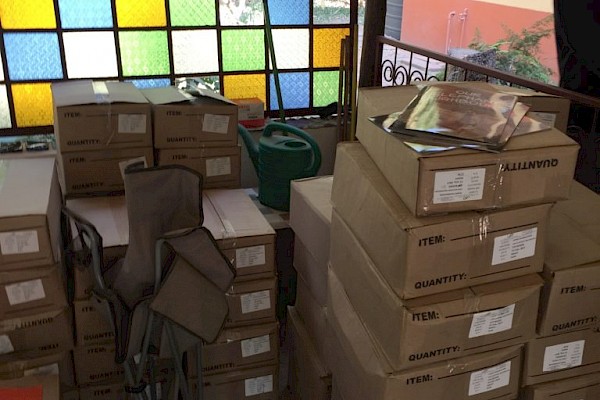 Photo of Mike Chedester with Monica Bond and Derek Lee, founders of the Wild Nature Institute 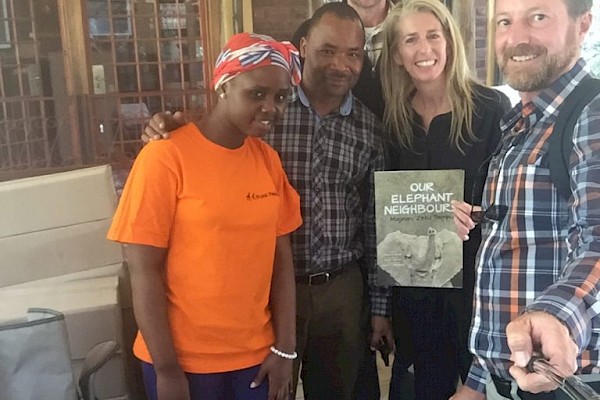