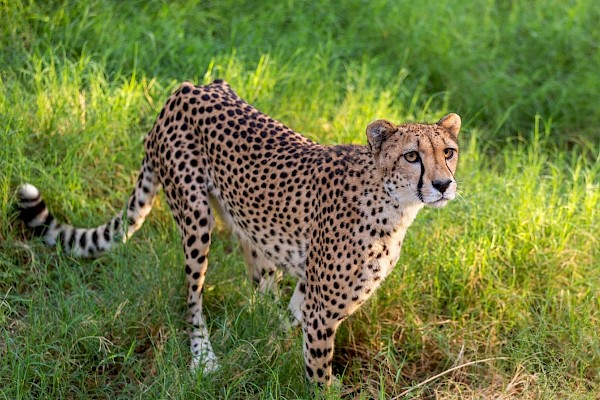 Southern Africa, East Africa, parts of the Sahara and Sahel, and Central Iran.

In just a few strides, a cheetah can run as fast as a car on the freeway. While running, the cheetah’s flat-shaped tail acts like the rudder of a boat, allowing swift turns midair with superior steering and balance.

After catching their prey, cheetahs must recover and eat quickly to avoid other predators that may drive them away from their meal.