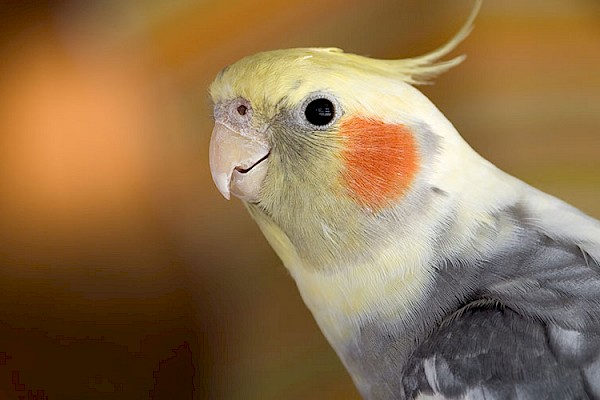 This bird species is widely distributed throughout mainland Australia. It can be found also in Tasmania, where it was introduced.

Cockatiels live in open woodlands, wetlands, and savannas. They gather in large numbers near bodies of freshwater.

Cockatiels use their crests to show their mood. The crest is completely vertical when the birds are excited or alarmed, diagonal when they are relaxed, completely flat when they are angry, and flat with some feathers sticking out in the back during the mating rituals.

The cockatiel is the smallest member of the cockatoo family, reaching about 13 inches in length.. Its plumage is grey, with a white line on the edges of the wings. Males have a yellow or white face, while females have a grey face. Both males and females have an orange spot on the ears, but it is very intense on adult males and dull on females. The pointy tail can make up half of the total body length. The most distinctive physical characteristic of this bird is the erectile crest that is used in communication.