Can a People be Predisposed to Social Sciences?

Whew! Today was really great. The assembly of the survey items went really well and the test run of the interviews – a pilot test of sorts – were raucous and great fun. However, one part of our social science training workshops that is always challenging, was surprisingly easy today. Facility with picking up the information that I was sharing has unexpectedly been the norm this week. This made me wonder, maybe people from Botswana are somehow special?

We have 45 people in our workshop here, and I was warned at the outset that most have not attended college, let alone have had advanced study in the sciences. There are of course the half dozen or so outliers with many years of study, including a few with PhDs in biology. However, before we started, I was concerned that I would have problems getting across many of the topics, not just the hard ones.

To that end, today, we closed the day with how to structure sampling to make it most likely that we will speak with a subgroup that is representative of the population. Usually this is one of the most challenging sections of the entire week, and we have many. Conservation psychology and constructing surveys is not an easy task, as it is often fraught with many simple mistakes.

However, as with all the previous sections this week, the folks in this workshop took to it either much faster than most of the other times I’ve done this. I was surprised enough that I mentioned the speed with which people have been grasping the materials to a friend here in Maun. She said that it may make sense.

In Botswana, there is a term called “Botho” that translates as “humanity”. Typically, it is used to refer to when there is a disagreement arises between two people, they will stay together talking until they work it out. The discomfort that arises must be resolved. Occasionally, this may take a long time to resolve. Botswana often gets a bad rap because people prioritize agreement, which can slow down processes in favor of working out conflict. However, the extremely low crime rate in the country relative to other African countries may also reflect the beneficial aspects of Botho.

It may be that Botho strongly develops many interpersonal skills in a lifetime of practice. As such, perhaps people from Botswana may be particularly good at understanding the concepts behind social sciences? I don’t know, and don’t have any reliable data. However, I am going to use that as my initial hypothesis as I continue to work with people here. In any case, I hope that it is true!

So, now as I write this, I am sitting here in the BMC Sports Club in Maun, watching some of my new-found Botswana researchers play a really dynamic form of cricket (yes, it is possible, honest). Oddly BMC stands for Botswana Meat Company, who have a monopoly on meat distribution in the country. In exchange for this monopoly, they have agreed with the government to use their corporate social responsibility (CSR) arm to build sports clubs for public use in cities where they have abattoirs all over the country. An odd mix of cricket, beef, CSR, and Botswana.

I will think more about whether valuing conflict resolution could make everything better, as I eat these two bags of potato chips, the only non-beef thing available. It may be that Botho can make it more likely that people from Botswana have developed special skills in the social sciences after a lifetime of resolving conflicts in such an intensely interpersonal way.

It seems logical, and I hope it is true.

Hope you are well. 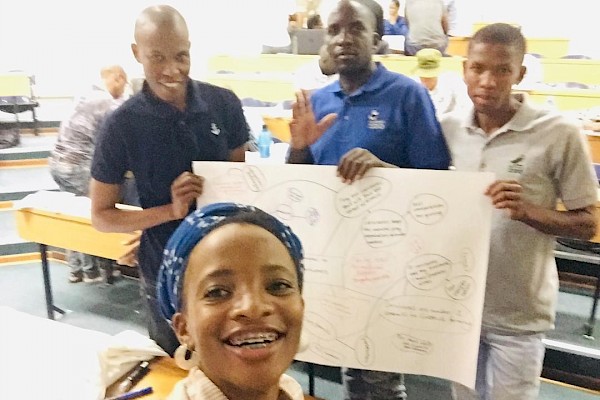 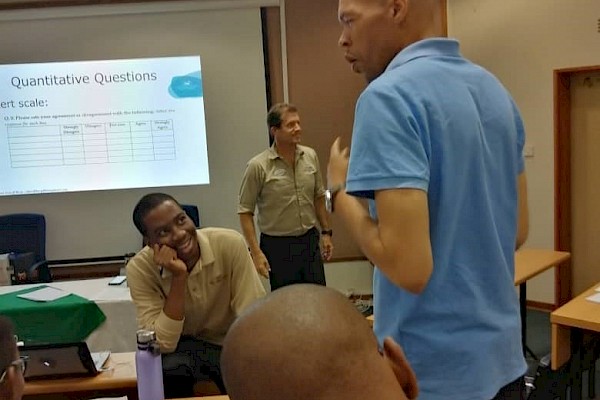 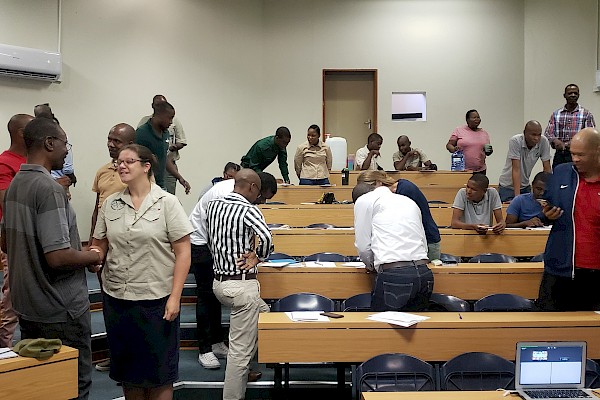