It’s been 15 years I’ve inspired to visit Cheetah Conservation Fund (CCF) in Namibia. After attending the Pathways Africa Conference was the perfect opportunity. Founded in 1990, CCF
is a non-profit organization, a cheetah sanctuary, overlooking the ecologically diverse Waterburg Plateau. CCF is a world renowned field research and education Center welcoming thousands of visitors and students each year.

Because 90% of Namibia's cheetah population lives on livestock farms, CCf has developed an integrated education and conservation initiative to enable people to live harmoniously with wildlife. CCF mitigates human-wildlife conflict, and is restoring and preserving habitat. At present CCF is a sanctuary for 37 cheetahs. They have placed over 600 working livestock guard dogs as well, and have a staff about the size of ours here a The Living Desert. If you love cheetahs like I do, CCF is not to be missed when traveling to Namibia. Besides the many activities available for guest, like cheetah runs, feeding opportunities and behind the scenes tours. You can visit as a working guest, and help out with the care of these amazing animals.

On the second day at CCF a five month old cheetah cub was confiscated from a local farmer, who was keeping it as a pet (illegally) and brought to CCF. I was able to witness the CCF team
as they did a thorough exam of the cub. All vitals were fine, but a lump was discovered in its stomach. Dr. Marker decided that since the cat was already under sedation that surgery was in order. A small toy football was found and removed. I’m happy to report that the following morning the cub was up and recovering well.

There were a few other guest visiting CCF, that I meet attending the Pathways conference in Windhoek. Hosted by Dr. Marker we shared an amazing Twilight sundowner drive together and
an amazing dinner in the new and beautiful Cheetah View Lodge. The CCF property is vast and has an abundance of wildlife, we encountered heards of oryx, and springbok. Numerous
sounders of warthogs, plus I observed a male ostrich sitting on and protecting its nest.

Predators like Leopards, and jackals and even a african wild cat was spotted. It was amazing to see the great work CCF is doing to save and protect the cheetah and many other African wildlife from going extinct. I’m proud of our continued support of Dr. Marker and the work of CCF. One way you can help cheetahs is by supporting TLD conservation and education efforts here at home. You can learn more about CCF at www.cheetah.org 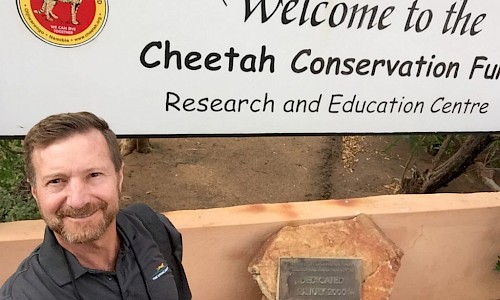 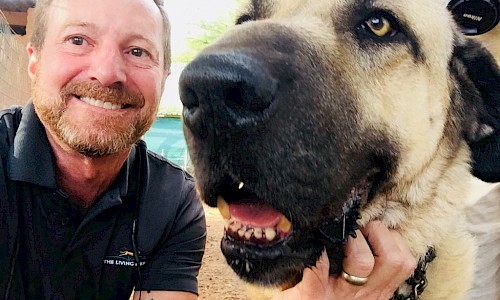 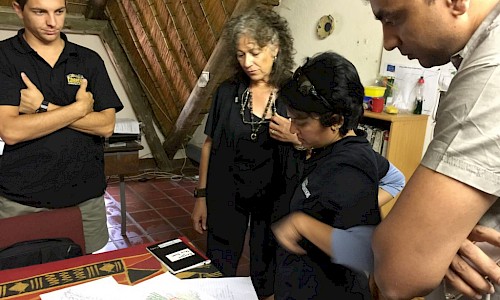 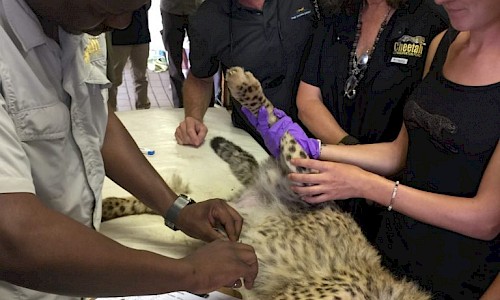 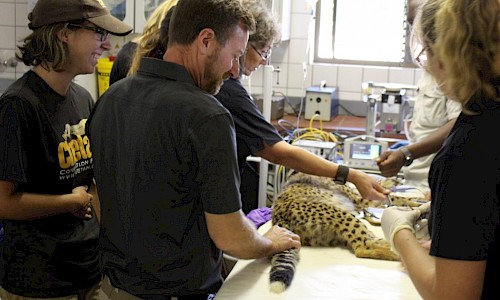 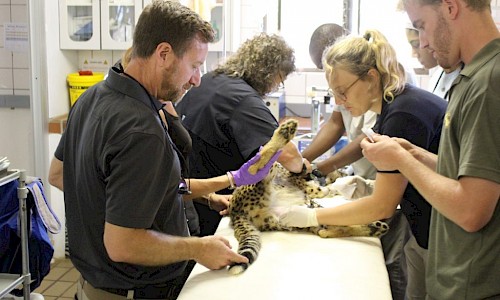