On the Road with RoxAnna: Day Six

If not us, then who?

The Sahelo-Saharan region is a part of the world that most people don’t know about and is a very harsh environment. Which in my book makes the animals that live there some of the toughest species on the planet. Against many odds they survive and can thrive in this environment. But as tough as they are they still need the help of humans.

For 17 years the Sahara Conservation Fund and the Sahelo Saharan Interest Group have been working to provide that help so that these desert species do not disappear. The SCF began many years ago because someone saw a need and dared to pose the question, if not us, then who. And a group of dedicated people said, we will care of enough to do something. And now here we are, about 60 people sitting in a conference room in the middle of Senegal.

The mammals of Africa are some of the most iconic animals and some of the most well represented in our zoos. The elephants, rhino, giraffe, and zebra are some of the animals most familiar. However, there are so many others that are important and vital to have healthy and vibrant ecosystems in the deserts of Africa. Animals like the Oryx, Addax, Slenderhorn gazelles are all beautiful and worth saving too. These are some of the many animals we have talked about this week and will continue to work with to ensure they stay on this planet.

Antelope species are among the best known animals of the deserts of North Africa and the Arabian Peninsula. These species have adapted to some of the most extreme and harsh environments in the world and they have been celebrated for their grace and beauty in the art and poetry of this region.

Antelope have been some of my favorite animals that I have been privileged to work with in my life. My heart has been stolen more than once by a few Bongo and Sable in my life. I’m not going to lie when I watch the nature shows and the prey are being chased by the predator, I am usually rooting for the prey. Someone has to root for the underdog or under-antelope as the case may be. Now that I know more about the harsh world they live in, I am even more in awe of them and know we must continue to help them so they do not disappear.

There are a lot of other animals you may not know about. For instance, did you know, that there is an African manatee? Who knew? I didn’t. They are very difficult to study but there is a group of people here studying them and trying to save them. They are so difficult to study they are not even sure what they eat, but it’s looking like they actually might eat mollusks and fish. Crazy, right? Animals never ceased to amaze me. I hope you allow yourself to be amazed by them too.

Kind wishes to you today. 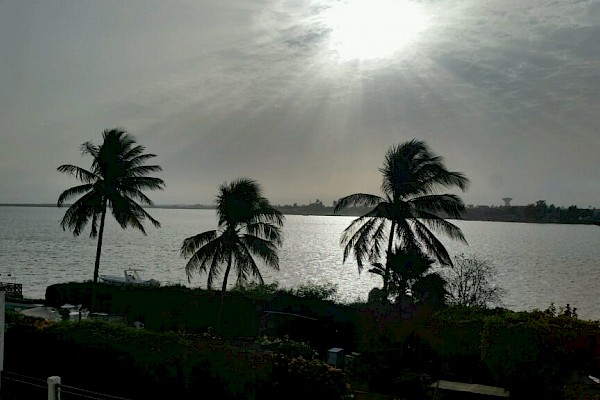