A Pollinator Pathway in the Coachella Valley

One of the fundamental issues facing wildlife today is habitat fragmentation, as humans divide the natural landscape into disconnected parcels with the development of roads, highways, housing communities, commercial real estate, and agriculture. In order to protect and restore pollinator populations within and through the Coachella Valley, The Living Desert is launching a Pollinator Pathway Project, which will plant pollinator gardens, remove water-hungry turf, and engage local communities to support pollinators.

Habitat fragmentation is most obviously a problem for terrestrial animals, an example of which is collisions between vehicles and wildlife on roads and highways. In Zimbabwe, the painted dog’s native habitat has been fragmented and these wide roaming carnivores no longer have safe corridors to traverse roads. In partnership with Dr. Greg Rasmussen of Painted Dog Research Trust, The Living Desert works to assess the number of painted dog strikes on one deadly stretch of the Kazungula Highway in Zimbabwe and is working closely with government officials to reduce the overall number of collisions. 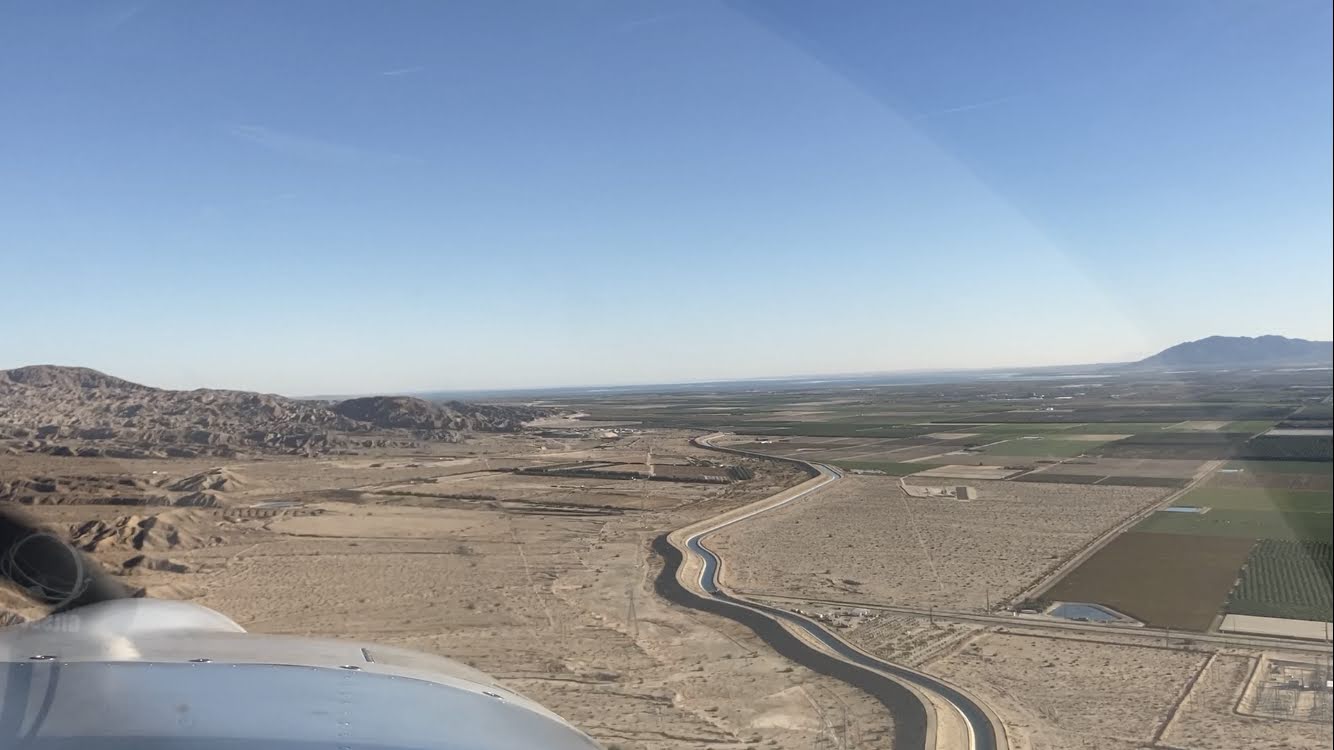 Example of habitat fragmentation near Mecca, California as Kyle Mulroe flies with pilot Hans Green toward Salt Creek for an aerial survey.

The same principle occurs with aerial wildlife species, such as bees, butterflies, bats, and birds. While there may not be a physical barrier limiting their travel, increased development worldwide has resulted in a sharp reduction in the quantity, quality, and diversity of food sources, as well as resting and nesting places. One example of this is the Monarch butterfly, whose numbers have been in decline over the last two decades. The butterfly is listed as Endangered by the International Union for the Conservation of Nature (IUCN) and is a candidate species for listing under the Endangered Species Act. Habitat loss and food availability are cited by entomologists and ecologists worldwide as the primary causes of the species' decline. 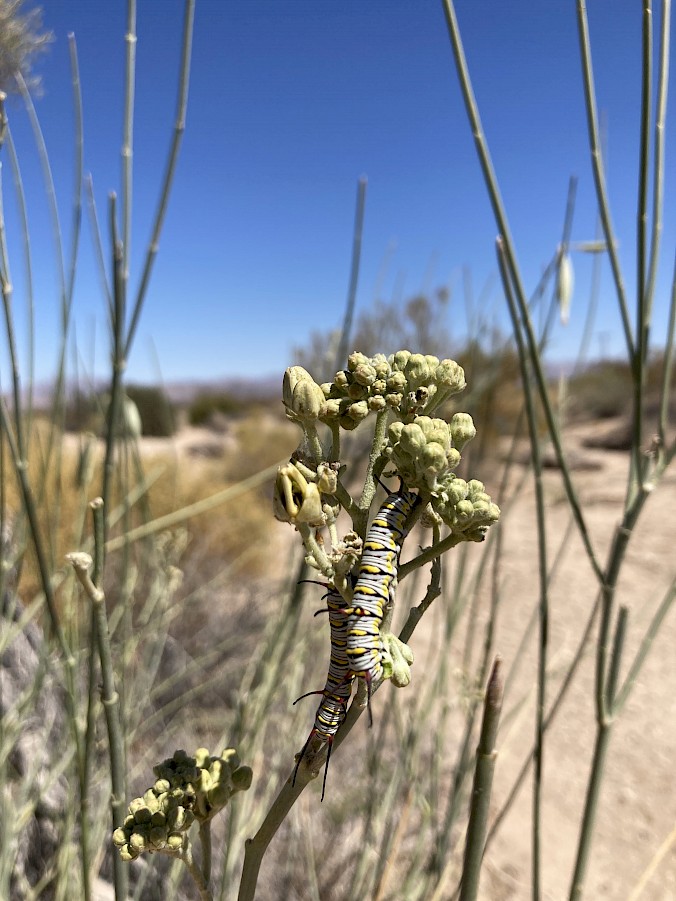 This is where the Pollinator Pathway comes in – which is not only, good old-fashioned alliteration – but is a movement in several parts of the country including Washington and Connecticut. The overarching idea for the Pollinator Pathway The Living Desert is building is to plant enough patches of pollinator-friendly habitat to restore habitat connectivity for pollinators moving within and through the Coachella Valley. We have received a two year grant to implement this idea under Prop 68’s California Drought, Water, Parks, Climate, Coastal Protection, and Outdoor Access for All Act, led by Director of Conservation, Dr. James Danoff-Burg. Our proposal’s main objectives are to build pollinator gardens, remove water-hungry turf, and engage local residents and at least ten schools in Coachella, Mecca, Thermal, and Indio – with an additional five sites in Oasis as part of a separate grant.

We would like our work in the East Coachella Valley to engage communities as much as possible and bring them into the process, influenced by a course at U.C. San Diego Ext. taught by Dr. James Danoff-Burg with contributions from Curator of Conservation, Dr. Luis Ramirez. We are starting this process with early outreach and a needs assessment for educators and students led by Katie Shaw, Conservation Social Scientist. Our goal is to see how these pollinator gardens might fit into current or future educational programs and how we can support that. The Living Desert's Assistant Conservation Scientists Emily “Lou” Thomas and Lexi Beaty, as well as Garden Department’s Mark Reeder have been instrumental in getting the propagation side of this project going, even in just a couple short months. 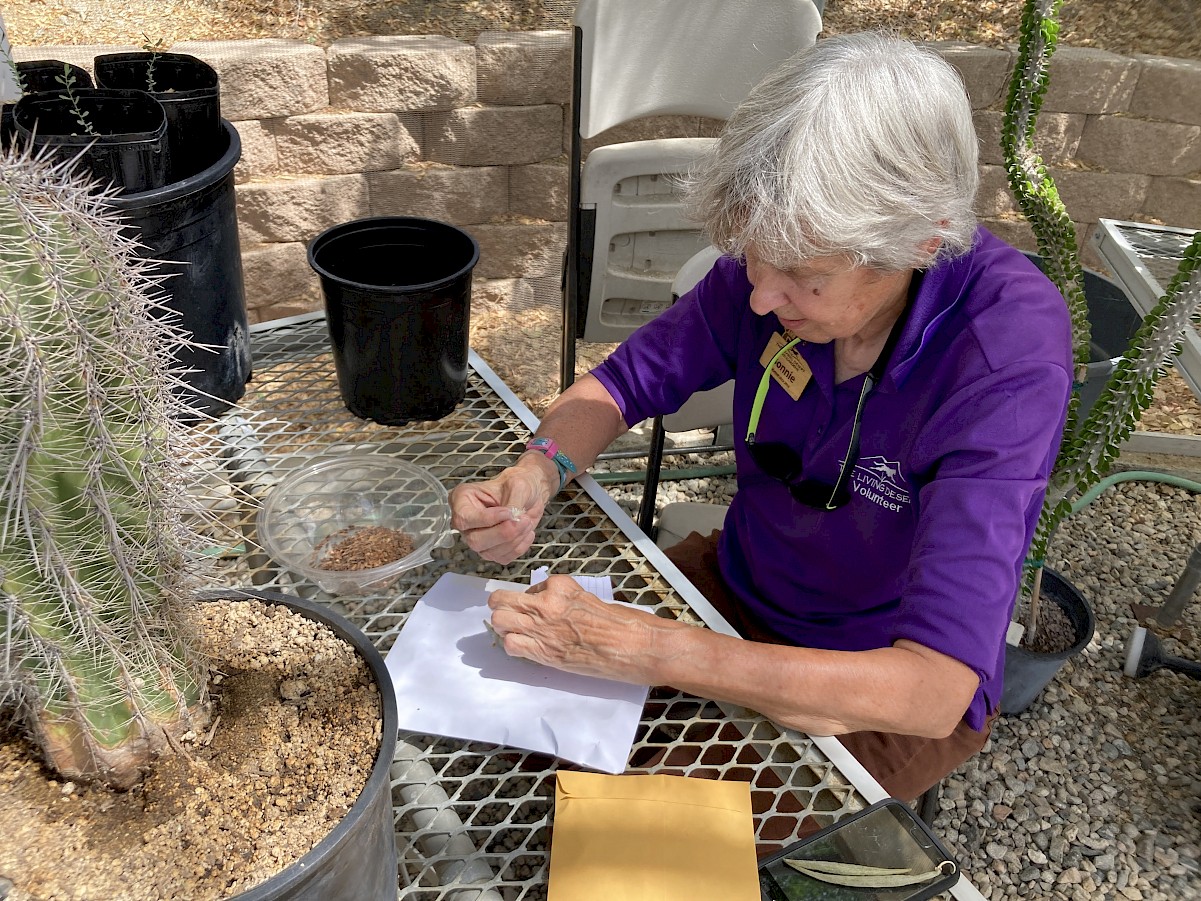 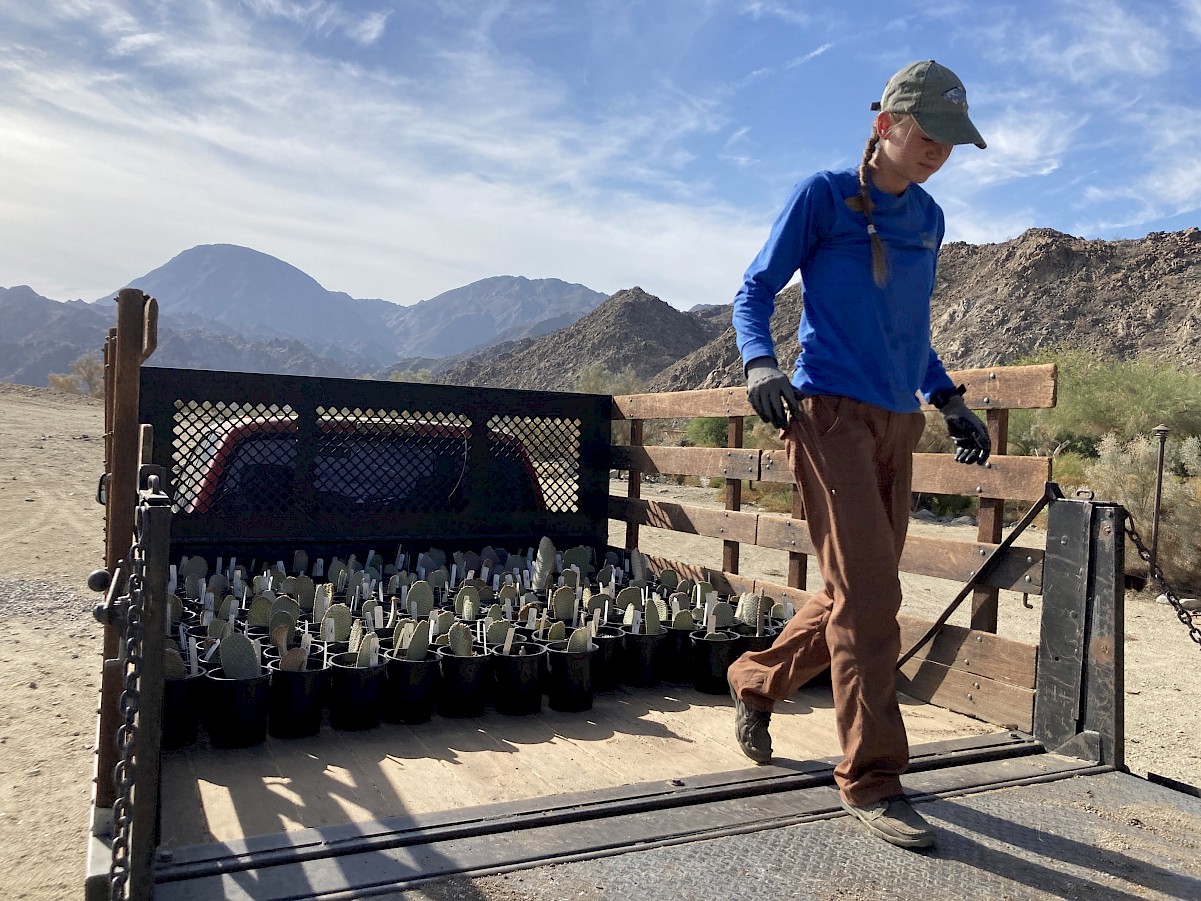 As the Conservation Bioengineer, one might expect I’d be tinkering with the genes of native plants to better resist climate change or engineering a super-monarch butterfly capable of subsisting off golf course greens and non-native ornamental plants. While I have worked in a genome sequencing lab, here at The Living Desert I help design, plan, and create the many projects that our department has at any given time – with much help from our team and the wider Living Desert community. From bat towers to using artificial intelligence for camera trap photo analysis, to building ponds or propagation “greenhouses” from reclaimed materials - and this multi-city plan to save our native pollinators and engage our desert communities on climate resilience, biodiversity, and native wildlife.

The Pollinator Pathway projects will begin roll-out this year. Looking for inspiration and direction to create your own wildlife-friendly garden? Check out our native plant guide or come visit the world-renowned botanical gardens here at The Living Desert.