Ah, the Challenges of Fieldwork!

Over the last four posts, I’ve been talking about the two workshops and all that we did in them to train these groups of conservation biologists in Kenya and Tanzania how to find out what the communities surrounding their projects think. In this penultimate post, I wanted to brag a bit – not about me and Mike, but instead about our Tanzanian collaborators!

The last day of the Tanzania workshop was to be focused on actually beginning the implementation of the three studies that came out of the two conservation organizations we were working with there – Wild Nature Institute and PAMS. These were not light questions on which they decided to focus, but instead directly addressed core conservation questions. One survey was focused on whether people ate bushmeat, another on people’s receptivity to family planning, and a third on past conflicts that people had experienced between themselves and wildlife. Projects do not get much heavier than those questions!

We intended to spend Thursday piloting the surveys, an essential step if you are to really test how well your survey and implementation protocol will work. However, in Tanzania, going out on the street and just surveying the public is not really possible, as it almost always is in the US. If we had done so, we would have brought down the wrath of the local government on us, as nothing should happen without the local political bosses first knowing about it!

Instead, two days before we had contacted the leaders from each of the three communities in which we were interested in surveying. The three communities were not near each other but were instead scattered across 40 km (25 miles) of Arusha. These three locales were chosen because we wanted to have some participants who lived in a more rural setting, some more urban, and some more on the city limits.

The permissions came through and the leaders had even thoughtfully arranged people for us to interview. Although this was very kind, it also disrupted the systematic sampling approach that we had intended to use. Ah well, lots of data came very quickly – so much so, that in only 8 hours we were able to not only make our way to three rather distributed communities, but were able to complete exactly 100 surveys! The six Tanzanian surveyors were incredibly skilled and deftly interviewed a great diversity of people about rather challenging topics. I could not have been more proud of them.

Afterward, not only did we toast each other to a week of great accomplishments, with much raising of glasses, we did so over lunch and then dinner with much more than enough delicious food. In addition to working in Tanzania being wonderful because the people are among the kindest you will ever meet, I was surprised that each of our two meals that fed 12 people – each did so for less than $20. Effective conservation done by wonderful people and over inexpensive food!

We will be doing many more of these workshops out of The Living Desert in the future, of that I am certain. Helping to build such an essential set of research tools among researchers and conservationists who are as passionate and already-skilled as these folks have been is among the most important and valuable things I have ever done.

If offering these workshops and the follow-up support comprise the majority of my conservation work in the future, I will feel like I have really contributed the well-being and conservation of species and the people living with them! 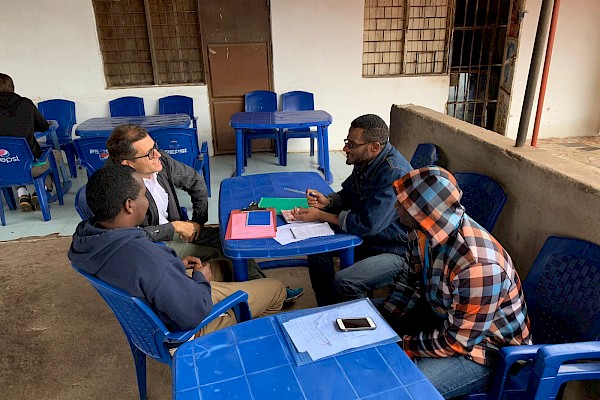 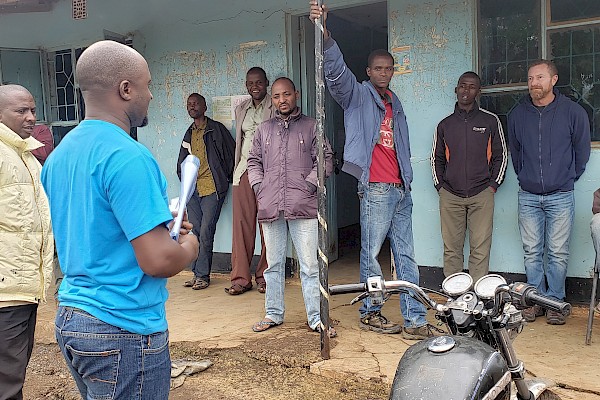