An Effective Pairing to Promote Caring for Wildlife: Bush Babies and Black Mambas

What a marvelous day! Today was our fifth day of conducting interviews in the communities surrounding the Balule Game Reserve in South Africa, on the border with Kruger National Park. Having the honor of speaking with (now 79!) people about their thoughts about conservation, wildlife, and protected areas is my favorite research project I have done. People often talk about African hospitality being wonderful. However, until you walk through the streets of these poor communities and have someone welcome you into their yard immediately and offer you their best chair, even before you say why you are there, is kindness embodied. This has been the case in every one of the four communities in which we have begun to work.

Balule is where the Black Mambas Anti-Poaching Unit (BMAPU) works to prevent illegal hunting. In the Game Reserve, they have reduced poaching by almost 90% since they began working here, a massive accomplishment. Katie Shaw, one of The Living Desert's Conservation Social Scientists, and myself are here for a month to conduct a follow-up study to one that I did five years ago to assess the social impact of the BMAPU on these neighboring communities. The BMAPU was founded with two main goals: to reduce poaching and to address it's cause at the roots by reducing the support for poaching in communities by increasing appreciation for wildlife and conservation more broadly. This latter bit is what we are assessing here.

The results of that earlier project in 2018 led the BMAPU to dramatically change how they are structured and where they work. We found, at the time, that the community that had the partner project called the Bush Babies Environmental Education Program (BBEEP) were much more receptive to conservation than those without them. In all of these communities, the women Mambas were residents and the hope was that their presence would make it less likely that the communities would poach in Balule. We also found that the main reason people knew of the BMAPU were through the BBEEP. Due to this earlier study, the BMAPU created BBEEP educational programs in each of the other three northern communities that are adjacent to Balule that were not yet served by the BBEEP. We are here now in these four communities to determine if that change, instituted immediately after our study, led to similar impacts in the three new northern communities, matching that of the one that had the BBEEP before 2018. We will be comparing the results to another nearby community that does not have a BBEEP program but where several Mambas also live. 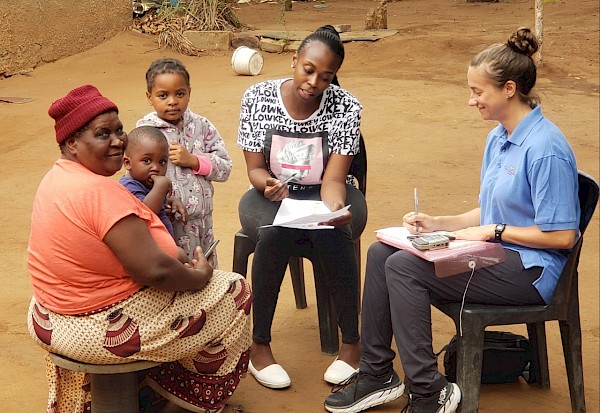 There are ELEVEN official languages in South Africa. Katie and I can speak one of them. As such, we are lucky enough to get to work with six environmental educators from the BBEEP (our new friends Mpho, Rakao, Itumeleng, Daniel, Keletso, and Shepson) and two of the Mambas in the BMAPU (the inimitable Collet and Felicia.) Our warm and friendly collaborators are able to speak at least four languages typically, and many can speak more than that! So far, we’ve had interviews in Sepede, Tsonga, isiZulu, and English, which makes the role of our translators/surveyors essential.

As I said, almost every single person has been warm and receptive, and interested in what we are asking. The results that we have found seem consistent with the earlier study, but then those still-preliminary particular bits of news will await a separate telling! I’ll be summarizing that information in my next post.

In the interim, today is day six of surveys and we hope to add to our total and bump it up to over 90 surveys– a massive accomplishment in a short time. Katie, the BBEEP Environmental Monitors, and the two Mambas, and myself will be lucky enough to wander through tribal communities and nearby townships here under our wide and beautiful African skies and enjoying African kindness, embodied in the people we meet. 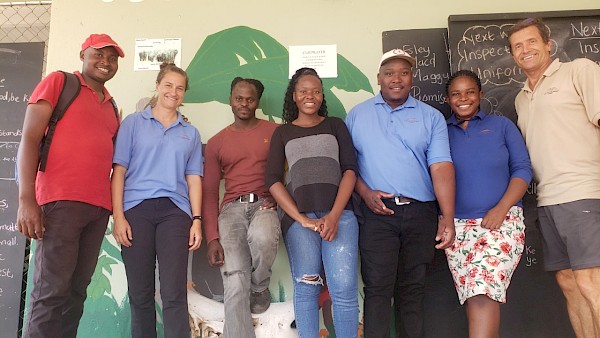