Well, we’ve now officially been here in South Africa for just a bit over one week, and I cannot believe how much we have been able to accomplish in this relatively short time! Amazingly, we have completed all the interviews for two of the four projects that we had planned to complete while here. I could not be prouder of my research team, or more grateful to our wonderful collaborators at Transfrontier Africa and the Black Mambas.

The all-woman Black Mambas Anti-Poaching Unit are a core part of Transfrontier Africa’s efforts to conserve wildlife. The Mambas are the reason why we are here, as we hope to evaluate the social impacts of this group of path-breaking conservationists on the communities in which they work, on the children that they are educating, and on the women themselves.
Having the opportunity to meet and interview all of them in one week is more inspirational than I had expected. I knew that they would be amazing, but I was not completely ready for the degree to which that is true. As our insightful Director of Animal Programs RoxAnna Breitigan says, to a person, they are real superheroes, living Wonder Women.
The Mambas patrol five different parcels of the Balule Nature Reserve, which is directly connected to the global treasure of Kruger National Park. The answers of each team to our queries has been noticeably different from the others, which all sharing core values and perspectives. Interestingly, the group-level differences by parcel may reveal aspects of the emergent cultures in their home communities as well.

Our initial results clearly indicate that the Black Mamba program has fundamentally transformed how the women view themselves, as well as what they think women are capable of doing. In a culture that is exceptionally male-dominated, this is transformative in many ways. The women are the household breadwinners in the communities in which they live. They are the educators and conservation advocates, and they are becoming community leaders. We look forward to exploring these last points when we start our interviews with people in their communities next week.
The second big project that we’ve been able to complete is to interview all the staff of Transfrontier Africa. We are particularly interested about their thoughts and perceptions of the Mambas and how the program could be improved. All are incredibly proud of the education and outreach work that the Mambas are doing, but all wanted to improve the early detection and enforcement efforts against poachers on the grounds. To a person, the staff of TA are acutely proud of the Black Mamba program, and are particularly proud of how the women have transformed into environmental leaders. It is clear that the Mamba program is one that works, even from the perspective of the organization’s insiders – a group of people who tend to be the most knowledgeable and thus critical.

These great successes were accomplished, despite the dozens of mechanical challenges that we have experienced. The awesome Land Rovers that the kind people of Transfrontier Africa have provided us can go ANYWHERE, and I know, as I have tested it repeatedly (and not just because I’ve gotten lost repeatedly)! However, that is only true as long as you have tires that work and an engine that starts.

A few nights ago, I had a blowout late at night, sending tire treads flying all across the road. I was traveling by myself back to camp, late at night, and in an area without cell signal. While standing on the side of the road, in complete blackness, with many bumps in the night around me, and completely alone, I should have panicked or felt unsafe. However, the brilliant stars overhead and knowledge of the amazing African wildlife all around me filled me with such joy that I did not succumb to panic.
Plus, before I was able to succumb, the Mambas who were out on patrol that night happened by just a few minutes after I broke down (thanks Felicia and Carol)! They initiated a chain of action that led to my friends from TA showing up with the functioning spare tire that my car lacked. They sprang from their car, changed the tire like they were an Indy pit crew, and we drove back to camp and hoisted many drinks to the goodness of Africa and her wonderful people. 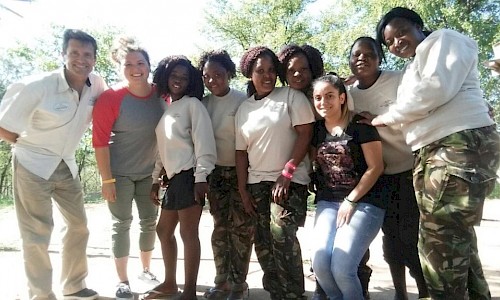 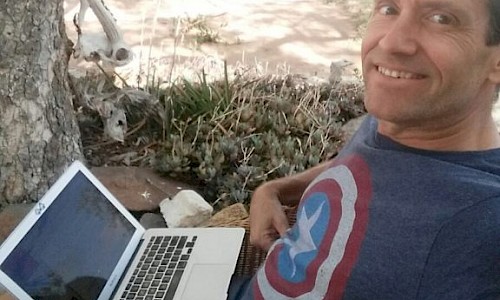 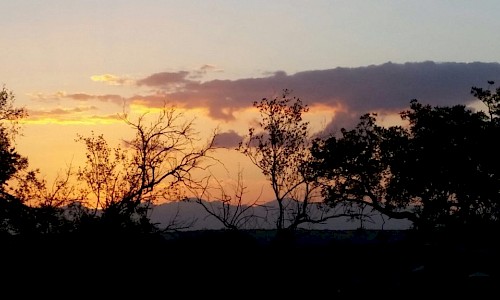 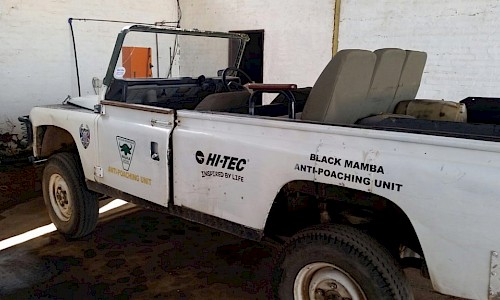 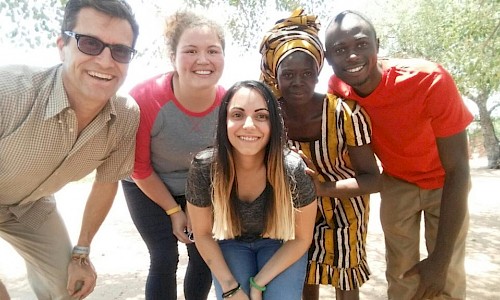 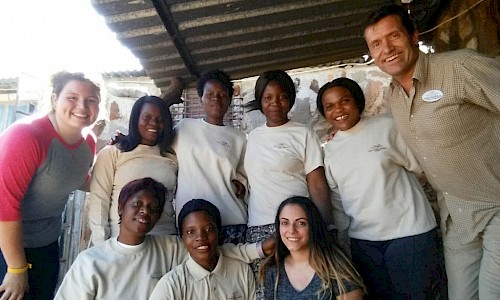