What does it mean to Build Capacity?

India is an assault on the senses. Almost everything that I am familiar with in my wide travels are more intense here: the spicing on the food, the chaos of the driving, the intensity of the smells, the kindness and generosity of the people, the beauty of the women’s saris, the peace to be found in the temples, the omnipresent squalor, and last, the overwhelming heat and the humidity.

This is the fourth time that I have been lucky enough to come here for conservation work, but each time, it takes some time to reacclimatize. I find it important when you are in such a different setting to occasionally sit back and reassess some basic assumptions, including why I am here!

As detailed in my last entry, I am honored to have been requested to come to the Western Ghats of India to help build conservation capacity among current and future staff of the Applied Environmental Research Foundation (AERF) and ideally among future Indian conservationists. Our original plan when we applied to the Fulbright Specialist program was rather vague and was borne out of some discussions that my collaborators at AERF and I have been having over the seven years of collaborating. Their perception is that the training that even the most enthusiastic young conservationist is not able to be as fully effective as they could be, due entirely to the inadequate training that is available.

Our discussions and my thoughts about this over the last week of being here, and the months leading up to it, have involved me mulling over what does it mean to build capacity? First, I think that capacity is more than just education, but must also involve a prominent applied component. It is not enough to know how to theoretically collect and identify moths, for example, but you need to be able to do so in actual field conditions and ideally with a clear question that you are trying to answer that is relevant to their conservation.

To better understand what capacity we could build, I have been marshaling observations from many sources. After analyzing curricula from several prominent universities, reading through the past AERF reports summarizing their research, reading many Indian scientific research articles over my past few decades as a scientist, and in talking with many dozens of professors, students, and researchers here at O.P. Jindal Global University near Delhi (Thanks for the invitation to speak and for your great hospitality and insight, Dr. Amit Lahiri!) over the past week and a half, I have come to a pretty solid direction forward.

Some of the real strengths of Indian science lie in how meticulous and precise their work is and the prodigious amount of data collection that they have gone to such great lengths to gather. These are clearly tremendous strengths of Indian science, and particularly at AERF. The amount of time spent doing precise measurements of animal and plant diversity is truly impressive.

However, a notable weakness lies in the steps that many Indian researchers could do with the data after they have collected and summarized it. They should want to be able to answer specific and valuable questions, and not just simply describe matters. Ideally, we will actually wrestle with the data to answer a conservation question about which we are passionate and which will make a big difference for that species or ecosystem.

For example, we need to not only catalogue who are the people who are interested in using a much more fuel-efficient cooking stove (reducing wood use by more than half and cutting airborne carcinogens in the home dramatically). We also need to look at the demographics of the adopters and those who do not adopt so that we can characterize who we should focus on, to be more efficient with our outreach efforts by only reaching out to the likely adopters.

For the earlier moth example, it is helpful to collect the moths and then identify them, but we need to do so with an eye towards answering a more profound question than what moths are there. This could possibly include comparisons of the moths that are caught in the dry season versus the wet season, in the hope of better understanding the effects of seasonality, or moths in a degraded forest versus in a healthy forest to understand how they may indicate the impacts of humans on that forest.

The clarity that this kind of reflection has made the path forward clear. Despite the riot of stimuli here, we will begin helping to develop research that goes beyond the data, compares across conditions, and from these sources, makes big picture conclusions that will change the course of conservation in India!

Or, at least, that is the not-so-modest goal that I have set for my time here. We start shortly. Fingers crossed.

Photo of Western Ghats of India. 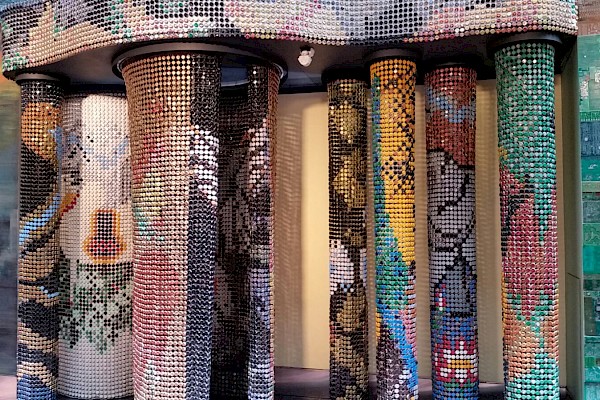 Photo in front of bridge 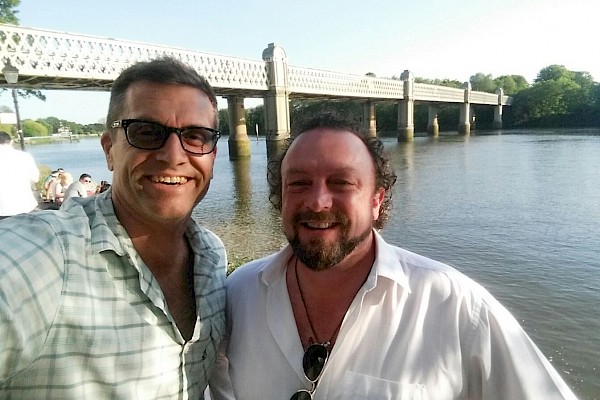 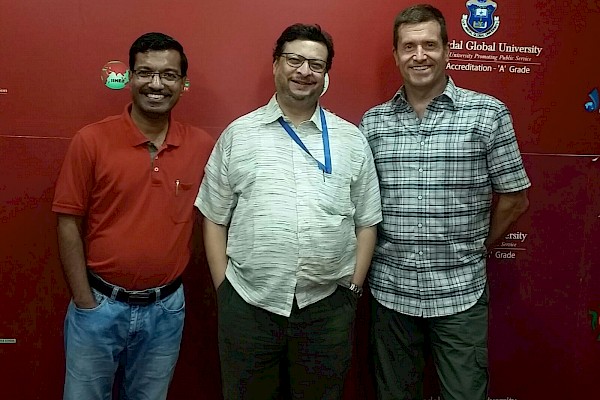