A decade or two ago a friend of mine was thinking about writing a book with a working title of “What’s In It For Me: A Selfish Person’s Guide to Caring About the Environment.” I doubt that he was going to use that title – talk about a way to kill sales of a book! Insulting the intended audience is not a way to move copies.

In any case, he had the insight to point out that the best way to garner support from many people who would otherwise not care about conservation. They do not care whether their kids have nature and wild places, whether their air or water is clean, and they get nothing out of being in nature themselves. When people like these folks do not prioritize conservation, there are still compelling arguments to engage them.

As I have written about, my Fulbright Specialist award is to build conservation science capacity among young scientists working with the Applied Environmental Research Foundation in India. As part of this, I have been helping them refine and hopefully improve their community engagement and human survey skills. The central goal of AERF is to get more community members interested in protecting and expanding the amount of intact forests in the northern Western Ghats.

People who own or control land, can make loads of money in many ways irrespective of whether it is individually owned or community owned. For example, on land that has fruit or nut trees growing on them, they can harvest and sell the products. As it turns out, healthy forests produce healthy fruit and nut crops.

As I have mentioned earlier, AERF is working only on areas of the Western Ghats biodiversity hotspot that are privately owned. As such, anything that helps to create value while retaining intact forests are prioritized. To this end, there are at least four approaches that AERF uses. First, as mentioned above, fruit and nut trees can be important forest components, including important Ayurvedic ingredients made from nuts and fruits like Bibitaki and Haritaki. AERF has created a certified fair trade process using the FairWild organization for these two fruits, and are looking into creating a similar process for cashews.

Second, AERF creates 10-year Community Forest Agreements with communities. In exchange for agreeing to not cut the trees but while still retaining the ability to take renewable non-timber forest products (fuel wood, annual plants, fruits, flowers, among other things), the community will get annual payments from a fund that AERF has created and is supported by some large multinational companies. Third, AERF has a similar, but publicly funded effort to raise money pay landowners to conserve and protect Giant Trees. Landholders with these Giant Trees receive annual payments as long as they ensure the health of the trees.

Last, and the one with which I have worked AERF for the longest period of time, is their work with Sacred Groves. Sacred Groves can be a few acres to hundreds of acres of relic forest that surrounds the community Hindu temple. The Sacred Groves are traditionally protected by communities in reverence of a deity and frequently because they are a perennial water source. During India’s rapid economic modernization the Sacred Grove concept has waned in importance, as children move away, religion becomes less central, and the traditional and sustainable forest use patterns shift to exploitation. Community participation in this effort has been voluntary but AERF over the last 24 years has successfully and greatly expanded the acres of forests in the area that they work. In the last few years, AERF has also brought in more of the market-based mechanisms into the Sacred Groves work, accelerating the adoption of the conservation efforts by communities.

In sum, AERF has protected over 5,000 acres for the foreseeable future on privately held land that is usually just written off as unable to be conserved by the Indian government. Although this is not all the tools that AERF are using, this impressive collection of market-driven, spiritual, educational, and cultural approaches help to add value to intact forests and make community based conservation successful.

I feel honored to have been able to come here and work with these impressive and creative conservation scientists to help them do better science. It has been an amazing almost six weeks, and it has helped open my eyes up to new solutions and approaches to community-based conservation. I have learned that it is best to have a great diversity of tools to ensure that people are benefitting from nature in many ways including: financially, health, reliable food availability, medicinal plants being available, and most interestingly, spiritually.

All of these can be available to the many conservation projects we do at The Living Desert Zoo and Gardens, and with everyone’s help, they will. This will ensure that everyone benefits from our efforts to help nature, whether or not the people are traditional conservationists! 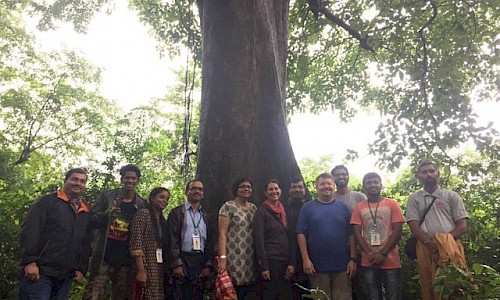 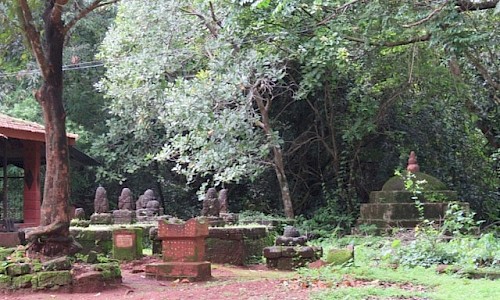 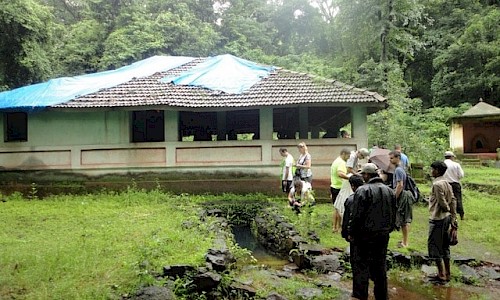 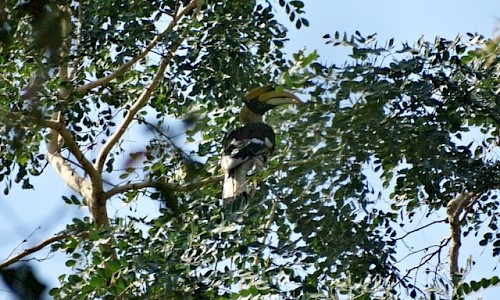 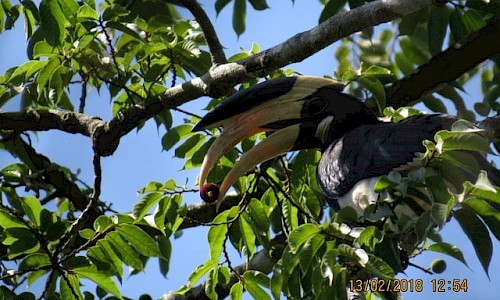