Well, that was amazing! I just completed the first workshop with 28 people from 10 different Kenyan conservation organizations, all in the shadow of Mount Kenya. I do not know that I would normally call a workshop thrilling, but I may make an exception here. Thrilling! Kenyan conservation biologists really are some of the best trained biological scientists and educators on the continent. It is little wonder that Kenya has been at the forefront of conservation for so long!

I had created a plan for the workshop that we mostly adhered to, although needed to refocus the fourth of the five days a bit. The components designed to move the researchers from formulating a question, to identifying variables and hypotheses, to introducing and developing each of the prime survey question types, to creating a survey protocol went exactly as planned. I was exceptionally happy with how those components of the workshop went.

However, most of these researchers felt really confident about their abilities to graph and analyze the data, which was to be the focus of day four. As such, we took the opportunity to refocus instead on practicing doing surveys, and also to learn more in-depth approaches to analyzing open-ended questions such as “What do you think about elephants?” These types of questions are incredibly valuable for garnering new insights and illustrative stories. However, biologists are used to information that can be summarized using numbers, something that is not really possible with these open-ended questions. So, we spent much of Thursday on doing this and everyone seemed much more comfortable working with these data in the future. I really liked this refocusing and may use it in future workshops. Often, some of the best things happen when you are flexible, no?

The rest of the workshop was concerned with introducing other ways to learn from communities and planning for how to begin implementing matters. In the end, we accomplished my main goal of getting each team from a general observation-based question to being able to potentially hit the ground running with a tested survey and protocol next Monday.

After the week finished, I checked in with everyone in Kenya and eight of the ten organizations said that they had already scheduled their field surveyors to go out within the next month! I am so proud to be able to work with and support these amazing and insightful researchers as they go about better engaging and collaborating with their communities to change conservation in Kenya to be even more informed and even more effective.

As I sit in this bar reminiscing, I raise a glass to this insightful and skilled group of world leaders! CHEERS! 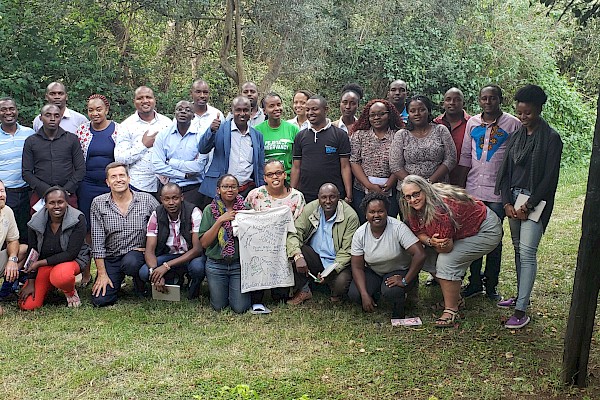 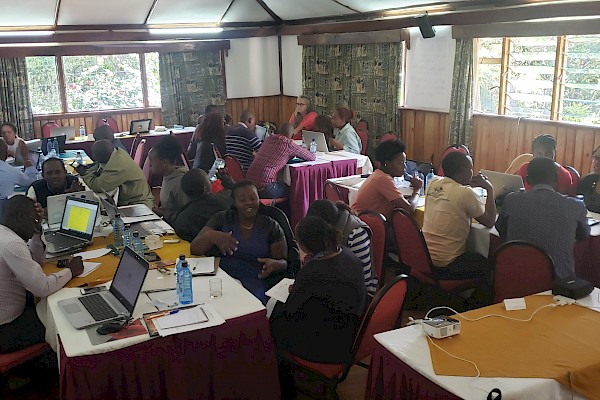 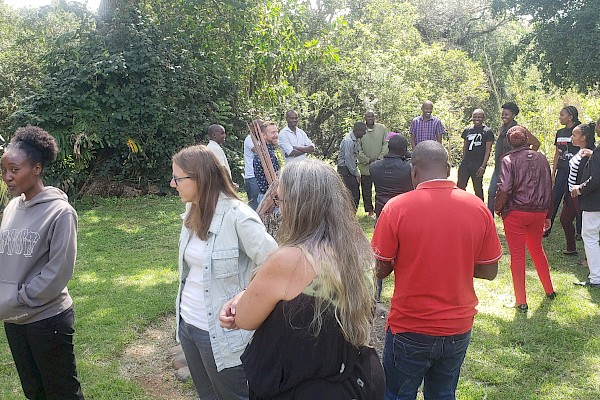