In celebration of International Zebra Day (1/31), The Living Desert is excited to highlight one of our esteemed conservation partners, the Grevy’s Zebra Trust. Grevy’s zebra (Equus grevyi) are the largest of three sub-species of zebra. Native to Kenya and Ethiopia, Grevy’s zebra are the most threatened with extinction, with fewer than 2,500 remaining in the wild.

Grevy’s Zebra Trust (GZT) has been a conservation partner of The Living Desert since 2011. Their holistic conservation approach includes communities in the implementation of co-designed solutions and uses data and best available knowledge to inform meaningful decisions in their journey to save the rarest zebra. Over 92% of the remaining Grevy’s zebra population is found in Kenya where GZT operates.

One of GZT’s many projects is a non-invasive method of wildlife monitoring referred to as ‘camera trapping’. This system utilizes game cameras to observe wildlife, primarily Grevy’s zebras in this case, in their immediate environment.

With as many as 33 different camera trap locations across more than 10,0002 kilometers (3,800+ square miles), GZT monitors the presence and activities of zebras and other wildlife including elephants, baboons, and hyenas. Maintaining camera traps in the field is a resource-intensive endeavor, and the time to analyze the data adds to the near-impossible workload for organizations taking advantage of this wonderfully remote monitoring system. But, to produce useful insight, these images, sometimes thousands per batch, must be carefully organized and analyzed.

Fortunately, after developing special skills to identify, distinguish between, and count animals they may have never seen in the wild, dedicated volunteers from The Living Desert Zoo and Gardens have played a crucial role in analyzing data from over 12,800 photos recently captured by Grevy’s Zebra Trust. When partner organizations, like The Living Desert, can contribute our funds, time, and energy, it lightens the workload for small grassroots field organizations. Zoo volunteers and staff are invaluable in analyzing camera trap data from GZT and other conservation partners and, by extension, helping further international wildlife conservation efforts!

In addition to collecting such critical data to inform wildlife science, Grevy’s Zebra Trust leads initiatives that support wildlife by addressing critical needs and empowering people. This winter, The Living Desert had the pleasure of assisting in evaluation of GZT’s Nkirreten Project, a community development project that employs a small group of local women to create re-usable menstrual pads. GZT then purchases and distributes these pads, packaged in zebra print cloth, to local schoolgirls. This novel strategy provides an alternative income for women involved in the process and ensures girls do not miss school during menstruation and so receive a proper education. The connection between wildlife conservation and community development is clear and amplifying it by addressing a core need to empower women brings us closer to an equitable, innovative, and sustainable society.

We are proud to partner with Grevy’s Zebra Trust because they exemplify once more that meaningful and positive conservation outcomes can be achieved when we engage people – as project designers, beneficiaries, community scientists, rangeland monitors, advocates, and more – alongside rich ecological insight.

We hope you are as zealous as we are to zelebrate the work of our zuperb conservation partner on International Zebra Day!

Did you know not all zebra are the same?

There are three sub-species of zebra – Grevy’s zebra, plains zebra, and mountain zebra. You can identify a Grevy’s zebra by their larger size, thicker stripes, bigger ears, and white underbellies. The Grevy’s zebra was named after the President of France, Jules Grevy, when he was gifted one by the Emperor of Abyssinia (Ethiopia). Because of this, they are also sometimes called Imperial zebras.

Did you know zebra stripes are multi-purpose?

The striped coat pattern is not just a camouflage technique, it also acts as an insect repellent. There are also studies that indicate the stripes are a cooling feature for the zebra on the hot African grasslands. Furthermore, the stripes of each individual are completely unique to that zebra – no two stripe patterns are the same!

Did you know that habitat loss is one of the main threats to the Grevy’s zebra?

﻿Listed as Endangered by the IUCN (International Union of the Conservation of Nature), Grevy’s zebra face competition for grazing land and loss of suitable habitat. Their current wild ranges are limited to two small areas in Kenya and Ethiopia.

Show your love and appreciation for the Grevy’s zebra with a symbolic adoption. You can help us save zebras and other species from extinction by supporting The Living Desert’s conservation efforts through the adoption program. Together we can save and protect wildlife around the world. 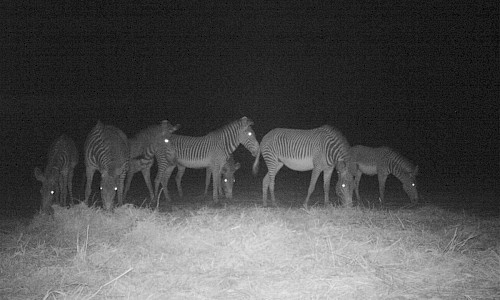 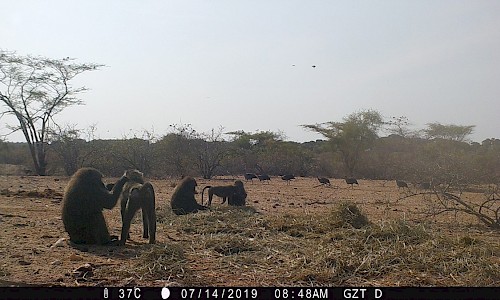 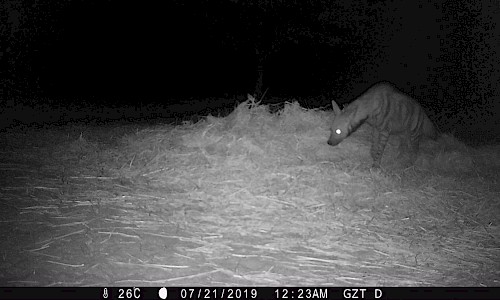 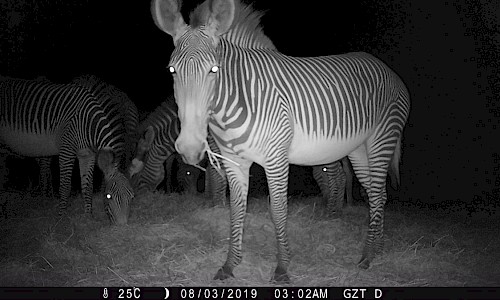 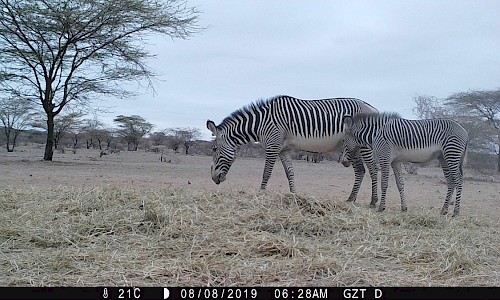 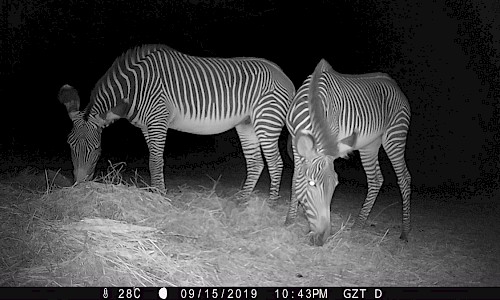