The Living Desert Zoo and Gardens is asking for the public’s help in selecting a name for one of the six African wild dogs that were born at the Zoo on April 24, 2019. The poll, which can be found on the Zoo’s Facebook page, is open to the public and voting is available through Monday, July 1. The winning name is set to be announced on Tuesday, July 2.

In an effort to continue sharing the important conservation efforts behind saving this endangered species, The Living Desert has determined that the puppies’ names will pay homage to African National Parks that were either historically home to African wild dogs or still have small populations of the species.  At one time, it was estimated African wild dogs roamed in large numbers across the African continent; however, today, the species is limited to just a few African countries.

The public is invited to cast their vote for one of the following names for the female puppy:

Scroll through the survey below and pick your favorite name for the female African Wild Dog puppy!

The six puppies received their second well-baby exam on June 19th with the veterinary and animal care teams.  All of the puppies are healthy and developing, as expected. The litter, along with Beatrix and Kiraka, are all out on habitat and can be seen by guests. The puppies are most active during the early morning hours playing, wrestling, and running.

African wild dogs, also known as painted dogs, have a very complex pack and social structure. They live in packs that are usually dominated by a monogamous breeding pair. The female has a litter of two to 20 pups, which are cared for by the entire pack. These dogs are very social, and packs have been known to share food and assist other members. Social interactions are common, and the dogs communicate by touch, actions, and vocalizations.

Currently listed as endangered by the IUCN (International Union for the Conservation of Nature), African wild dog populations number fewer than 5,000 individuals. As one of the most endangered African carnivores, African wild dog populations are struggling and in decline due to human-wildlife conflict, habitat destruction, and canine diseases, like distemper and rabies. The Living Desert supports specific African wild dog conservation projects that work to bolster wild populations. Beatrix, Kiraka and the newest additions are part of the Association of Zoos and Aquariums (AZA) Species Survival Plan (SSP), which enables a healthy, genetically diverse, and self-sustaining population of species in human care. 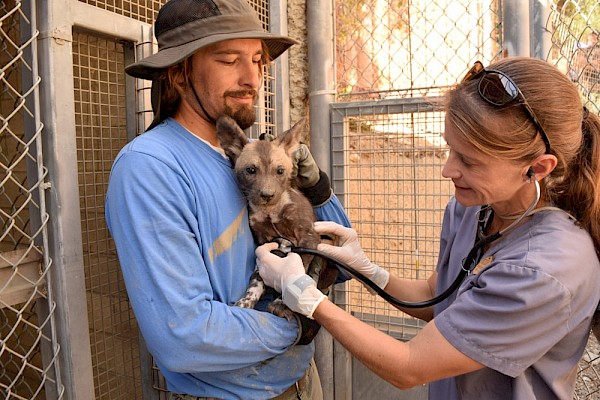 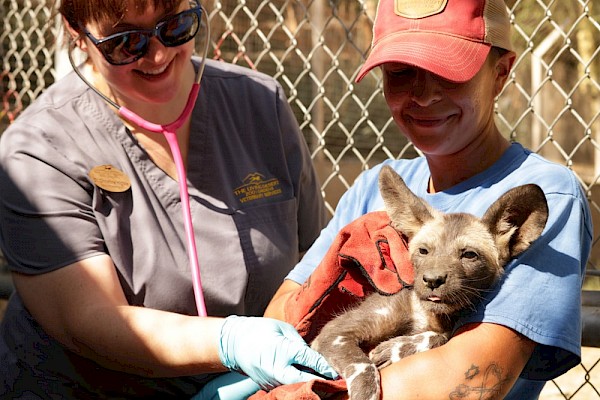 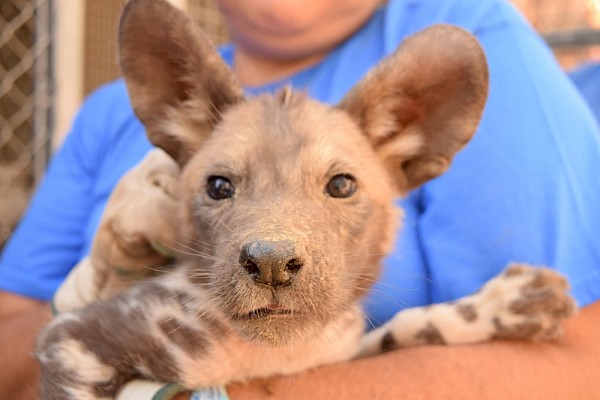