Jambo and Asante, thank you and hello are the key words to learn prior to you journey to Tanzania. Tanzanians are friendly and welcoming, and it’s nice to be too. The food is fantastic, beef, chicken and fish for us carnivores and plenty of fresh vegetables. The wildlife viewing is amazing, and today was no exception. If you’re one of the lucky travelers signed up for the Tanzania adventure in June with Allen Monroe, CEO of TLD, you’re lucky, as it’s sold out. I just learned another trip from The Living Desert to Tanzania is planned for May, don’t hesitate, and sign up ASAP to save your space. Call Kathy Lambert in our development department and she’ll be happy to help you with reservations. You’ll be visiting the parks I’ve viewed, plus the Serengeti, to view the great migration, which I’m told will be in the southern part of the Park during May and June.

Today I explored Ngorongoro Conservation Area, the crater is breathtakingly beautiful and it’s said to be the best place in Tanzania to see the big five. The Crater is the world’s largest intact volcanic caldera and home to the highest density of big game in Africa. It has a healthy population of the endangered black rhino (which I didn’t see today ). Herds of wildebeest, buffalo and zebra, along with gazelles, flamingos, Grant’s and Thompson’s gazelles, servel, jackal, and approximately 400 species of amazing birds. With this amount of prey species you know there will be predators. The first was a cheetah, yep very rare in the crater, but I saw him, along with over 20 lions, and numerous spotted hyenas.

The Ngorongoro Conservation Area spans vast expanses of highland plains, savanna, savanna woodlands and forests, from the plains of the Serengeti National Park in the northwest, to the eastern arm of the Great Rift Valley. The area was established in 1959 as a multiple land use area, with wildlife coexisting with semi-nomadic Masai pastoralists practicing traditional livestock grazing. The property has global importance for biodiversity conservation in view of the presence of globally threatened species such as the black Rhino, the density of wildlife inhabiting the Ngorongoro Crater and surrounding areas throughout the year.

The area has been subject to extensive archaeological research for over 80 years and has yielded a long sequence of evidence of human evolution over a span of almost four million years.

One more day, then I fly home and back to work. I’ll be setting up an evening slid presentation of the trip, showing hundreds of slides and talking about our conservation endeavors in Tanzania. 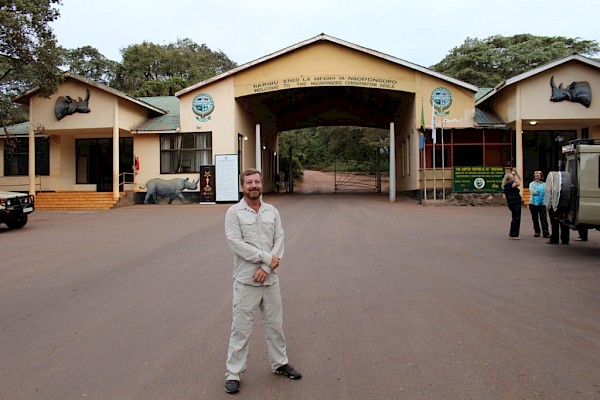 Lions at the Ngorongoro Conservation Area. 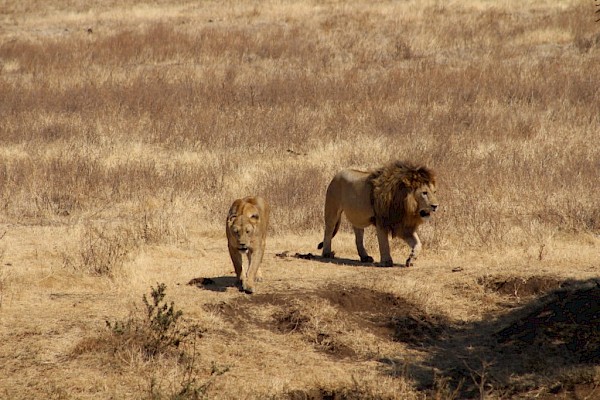 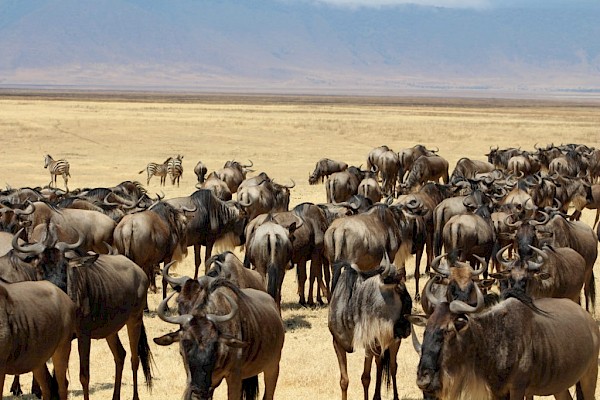 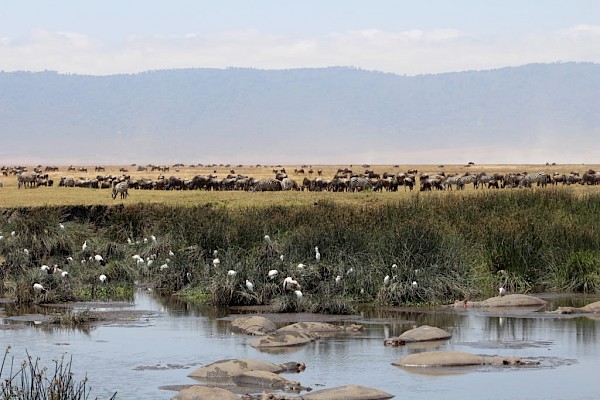