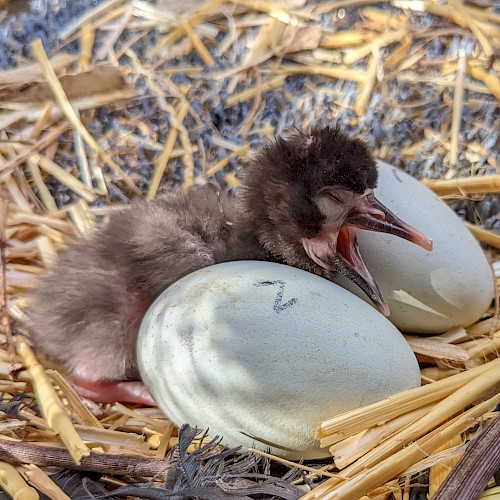 Also known as the Northern bald ibis, as adults, these raven-sized birds have iridescent black plumage, a long, downward-curving red bill, and long legs. Their bald heads are covered with wrinkled pink skin and they have a shaggy ruff of black feathers around their neck, which is raised during courtship displays. The waldrapp ibis is found in the coastal areas of Morocco and other select areas of the Middle East.

Waldrapp ibis are currently listed as endangered by the IUCN (International Union for Conservation of Nature) and The Living Desert is one of only nineteen AZA facilities who house this particular species.

Khonsu was the nineteenth waldrapp ibis hatched at The Living Desert since 1998. While chicks go normally through the hatching process on their own, Khonsu required an assisted hatch. He began to hatch on a particularly dry day and the membrane of the egg, a thin layer under the hard shell, was beginning to dry up around him. While the membrane is normally easily broken by the chick, it had become leathery and started to shrink, restricting his movement.

At this point, The Living Desert's animal care and veterinary teams intervened to protect the welfare of the chick. The team successfully rehydrated the membrane and pulled back some of the shell. From there, Khonsu was able to continue the normal process and finish hatching on his own.

Over the past several months, Khonsu has grown quickly and has transformed from a fluffy, gray chick, to a near adult, with striking dark feathers.  He is currently thriving alongside his family of five other ibis. You can visit them at in the African Aviaries section of the park. Below, you'll see Khonsu (right), pictured with his father, Ra (left.) 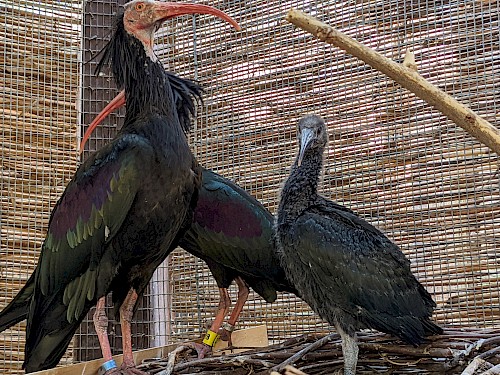 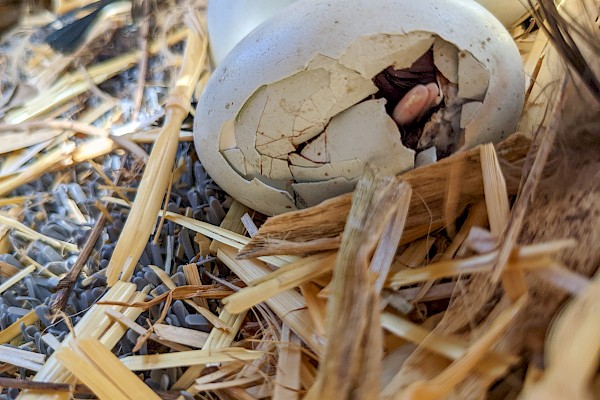 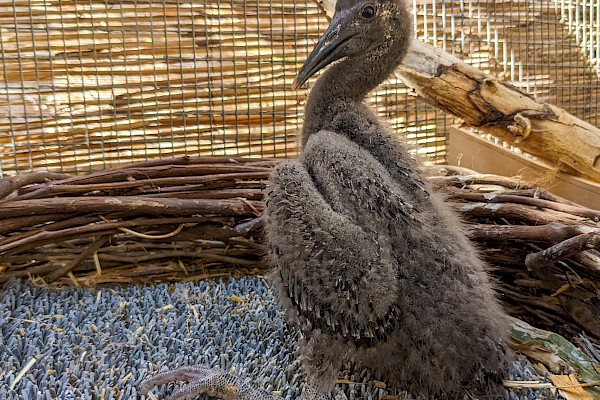 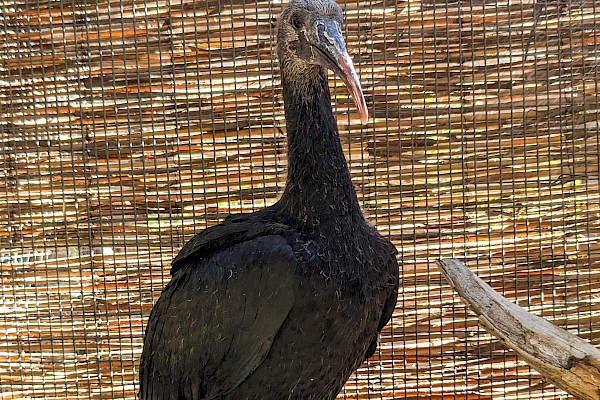