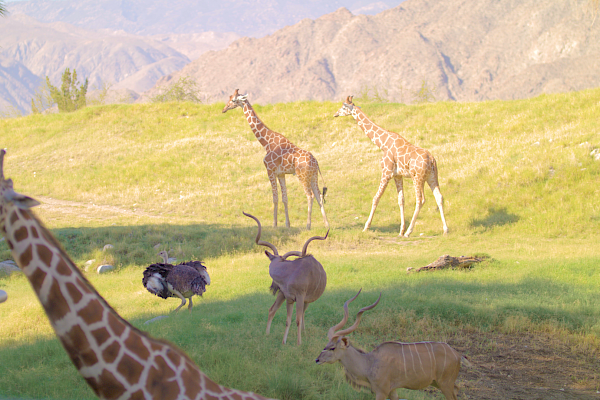 The Living Desert has been a supporter of African Conservation Centre’s (ACC) Re-building the Pride program since 2011, providing financial and donor support.

Rebuilding the Pride, run by the South Rift Association of Landowners (SORALO), a Maasai landowner group, aims to increase lion and other carnivore numbers across the South Rift area of Kenya. The program, established in 2010, focuses on reducing human-wildlife conflict, preventing range fragmentation and maintaining healthy prey numbers. Rebuilding the Pride explores the basis of traditional practices among pastoralists that allow herders to coexist with wildlife and minimize conflict with predators. The lion serves as a signature species for conserving other large carnivores, including wild dogs, cheetah, leopards, striped and spotted hyenas. 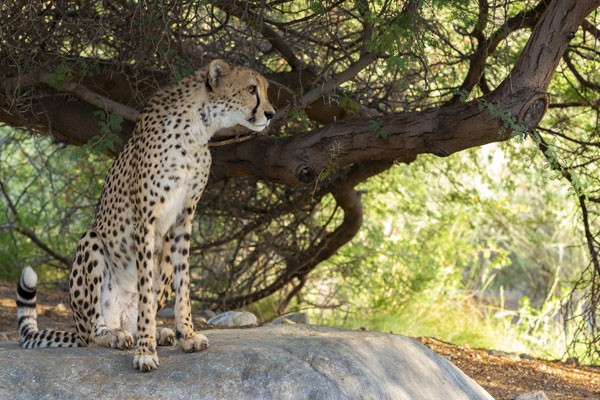 The CCF and Cheetah Outreach (CO) renowned Livestock Guarding Dog Program has been highly effective at reducing predation rates and thereby reducing the inclination by farmers to trap or shoot cheetahs. CCF and CO breed Anatolian shepherd and Kangal dogs, breeds that for millennia have guarded small livestock against wolves and bears in Turkey. The dogs are placed with Namibian farmers as puppies. They bond with the herd and use their imposing presence and loud bark to scare away potential predators.

CCF has been placing dogs since 1994 and their research shows the dogs are highly effective, reducing livestock loss from all predators by over 80 – 100 percent. Farmers have enthusiastically embraced the program, and there is now a two-year waiting list for puppies. CCF had placed nearly 500 dogs by the end of 2013. CCF research shows that the people’s attitudes towards predators are changing because of this and other CCF programs. 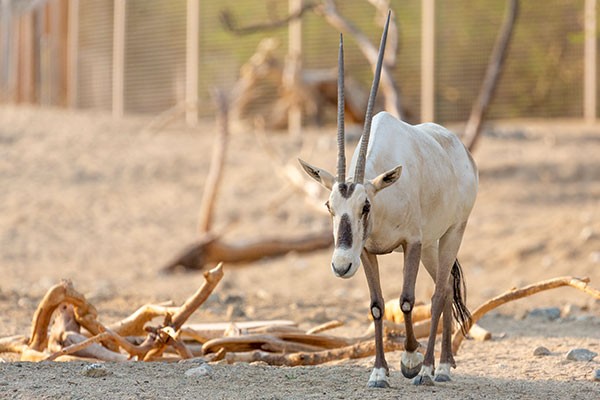 The Living Desert is a long-term partner, supporter and collaborator of the Sahara Conservation Fund.

Since 2005, The Living Desert has supported the Sahara Conservation Fund’s (SCF) Termit and Tin Toumma Project in Niger, which works to protect the last remaining strongholds in the entire Sahara for a whole suite of threatened desert species, including the addax, Dama gazelle, Barbary sheep and desert cheetah. With its partners, SCF was able to establish the Termit & Tin Toumma National Nature Reserve at 97,000 square kilometers, the biggest of its type in Africa.

Learn more about our support of Sahara Conservation Fund. 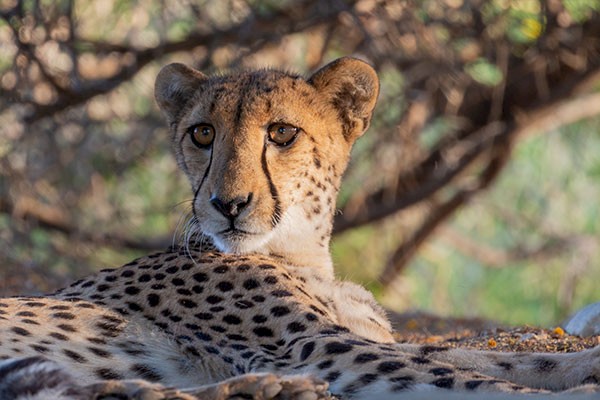 Cheetah Conservation Botswana works to preserve the nation’s cheetah population through scientific research, community outreach and conservation education, working with rural communities to promote coexistence with Botswana’s rich diversity of carnivore species. In 2018, The Living Desert began supporting the great work that Cheetah Conservation Botswana does to promote human coexistence with meso-carnivores, including the second largest population of cheetahs globally. 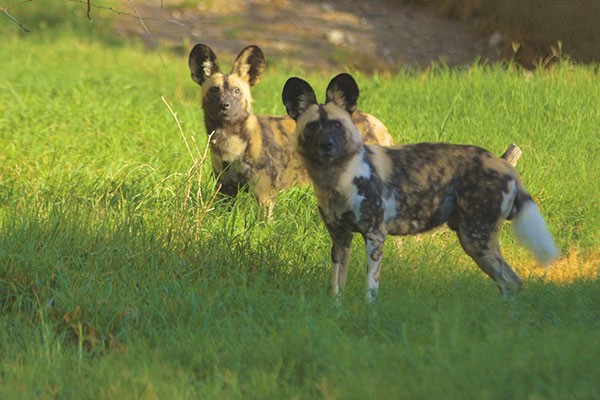 Fewer than 7,000 painted dogs are left across the entire African continent. Although they may not be as famous as their trunked, horned, or maned neighbors, these painted dogs —also known as African wild or hunting dogs—are beautiful, unique, and fascinating social animals. Their current range is restricted to small pockets across a handful of countries including Zimbabwe, which is home to Painted Dog Conservation.

Painted dogs are native to Africa, and aren’t found in the wild anywhere else on the planet. They live in small pockets across a handful of countries including Zimbabwe, the home of Painted Dog Conservation, which works with local populations of both humans and dogs—via conservation, education, and outreach programs—to help them not only survive here, but also to thrive.

As of 2018, The Living Desert is a financial supporter of the important work Painted Dog Conservation does to promote human coexistence with painted dogs and other similar carnivores. Our donation in early 2018 has allowed PDC to create an entirely new field station in another area of Zimbabwe, thereby significantly increasing their geographic reach.